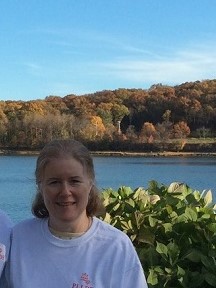 Is there a huge hole in the news coverage about mandatory contraceptive health insurance? The answer is yes. The question is why.

There is almost a media blackout of any detailed explanation about WHY the Green family, owner of the Hobby Lobby store chain, is willing to provide 16 of the 20 federally required forms of birth control. The 4 that are against their religion are IUDs and morning after pills. These work in two ways: sometimes they prevent fertilization, but, at other times, they cause an early abortion without the woman’s knowledge.
http://www.supremecourt.gov/opinions/13pdf/13-354_olp1.pdf

Many people have never heard that IUDs, morning-after pills and some other so-called contraceptives may cause abortions. Why is this so? In part, it’s because of a media cover-up. It’s also because of Planned Parenthood’s advocacy for changes in the definitions of conception and pregnancy. Planned Parenthood leaders did it on purpose in the 1960s in order to promote increase use of the birth control pill (Pill). They admitted that more people would use the Pill, then a new form of birth control, if they didn’t know that it might cause chemical abortions.
http://liveaction.org/blog/abortion-birth-control-and-medical-deception/

Another Planned Parenthood leader said they wanted to keep people in the dark about a vital issue, “not to disturb those people for whom this is a question of major importance.”
http://www.lynnscatholictreasures.com/Planned_Parenthood_Part_2.html

Planned Parenthood’s new definition provides that pregnancy starts about 8 days after fertilization. Their trickery defied truth, as proved by the actual science: the UNfertilized egg is part of the mother; it matches her DNA. The fertilized egg is instantly a new life. It never matches the mother’s DNA, and may be male or female. In about 8 days it grows to 32 cells, settles in the mother’s uterus (implantation), and begins to form its placenta to grow until birth.

The other word Planned Parenthood advocated to redefine was conception. Some of us remember the movie in health class, when the moon-like egg, surrounded by sperm cells, suddenly allows one of them to join her; that constituted conception. However, under the new contrived definition, conception does not begin until the moment of implantation, when the 8-day-old new life connects to the mother’s uterus, about a week before she misses her period. There was no new science to back up this concocted definition; it was just a way, through obfuscation, to change people’s behavior without fully informing them of established scientific truth. Except for women’s health care, basic medical textbooks “still teach that human life begins at conception when sperm and egg unite.”
http://liveaction.org/blog/abortion-birth-control-and-medical-deception/


In George Orwell’s novel 1984, the government redefined key words into a more useful language, “Newspeak,” so Big Brother could control the people. Don’t be fooled by our deadly real-life Newspeak, used to keep women in the dark so they will have early abortions without ever knowing the truth. The truth will set you free!